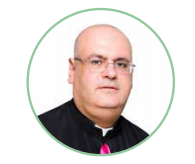 Monsignor Marcelino Youssef is the Vicar General at the Maronite Eparchy of Australia. He arrived in Australia in September 2006, after serving at the Maronite Archdiocese of Beirut since the year 2000. Monsignor Marcelino attained a Masters of Education (Leadership) from the Australian Catholic University, Sydney, Australia, after completing a Certificate of Aptitude for Scholar Administration through the University of St Joseph, Institute for Teaching & School Administration - Achrafieh, Lebanon. Monsignor was the Primary School Director at La Sagesse High School, Acharafieh, Lebanon, concurrently with being a Parish Priest at the different parishes. 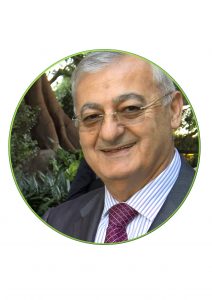 Anthony was born in Mejdlaya, North Lebanon in 1947 and migrated to Australia with his family in 1951. He is married to Nabiha and they have already celebrated their fiftieth wedding anniversary. Together they have three married children and eight grandchildren. Anthony began building in 1967 and continues to be an active and prominent builder and property developer for well over fifty years. Together with his two brothers George and Gerard, in 1987, they created, and continue to own and operate the Bufori Motor Car Company, specialising in the design, manufacturing and worldwide distribution of ultra-luxury, handmade sports cars and limousines.

Anthony spent eighteen years on the Board of Macquarie University Centre for Middle East and North African Studies, nine of which he served as Chairman till his retirement from that position in 2010. In 1998, he was appointed Hon. Consul-General for the People’s Republic of Bangladesh in NSW, a post he held for well over twenty years till his retirement from that posting at the beginning of 2019. During that period he also held the position of Hon. Treasurer of the NSW Consular Corps. Since 2010, he has been the president of the Mejdlaya Association Australia. Over the years, he has received numerous Industry and social awards including 1992 Master Builders Association/CBA Excellence in Major Building Award, in 1993 he took out the Businessman of the Year award and in 2002 he was the winner of the he Etcom/NBA Large Business of the Year Award and in 2013, he was awarded with an OAM by the Australian Government for his services to Australia. 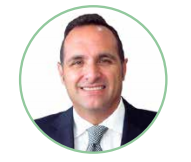 A widely experienced investment banker, with a B.E and M.B.A from The University of Sydney, Barry has more recently been heavily involved in community service assisting various charitable organisations. Barry was a director of St Charbel’s Care Centre. He has since become a director of the Our Lady Care Centre and is working with the team to create an aged care facility for Our Lady of Lebanon in Harris Park. Barry is also a member of the Maronite Catholic Society. 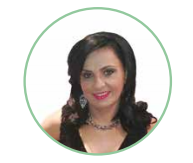 Jannette has been a public Accountant, Tax agent and Finance broker as well as the Principal of DSJ Taxation & Accounting Services and Director of Finance Professionals Mortgage Group for the past 14 years. She has been awarded many prestigious business awards. Jannette has been in involved in organizations and projects such as White Stone, the Our Lady of Lebanon Parish, Heaven on Earth, the St John Paul II Monastery, QMHR, International Mission to poor countries, and the St Mary Queen of Heaven Parish.