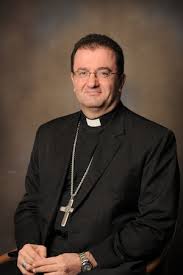 Dear Friends, In his Apostolic Exhortation, Evangelii Gaudium, Pope Francis called for a church that ‘goes forth’ in its mission of evangelization and that prioritises its missionary and pastoral roles. In order that the spiritual journey of the Church is aligned with our pastoral and apostolic reality, it is important to have welfare agencies and social services organisations such as MaroniteCare. Established in 2004, MaroniteCare is the welfare agency of the Maronite Eparchy of Australia dedicated to extending social, welfare, and other community and care services, to help the families, youth, elderly, and to provide relief to people in need. It is formed of a wonderful team of people who are dedicated to serve our Maronite community and the wider Australian community. It was perhaps providential that Pope Francis announced the Jubilee Year of Mercy at a time when MaroniteCare was undergoing restructuring and launching new projects and initiatives. Mercy is at the heart of the mission of MaroniteCare: “For I was hungry and you gave me food, I was thirsty and you gave me drink…” (Matthew 25:35) The Church offers many wonderful examples of people and Saints who were channels of mercy and love. A shining example is Mother Teresa of Calcutta whose canonisation was celebrated in Rome on the 4th of September. Mother Teresa was an apostle of peace and mercy and one of the most renowned personalities of the 20th century. A woman of few words but great actions, Mother Teresa is a perfect example of humility in service and of love in action. May she inspire us in our work at the service of our brothers and sisters. I encourage you to support MaroniteCare in its mission and events so we truly become a church that ‘goes forth’ and a community of people who care and offer love and support to people who need our care.

Bishop Antoine-Charbel Tarabay was born in 1967 in the village of Tannourine, situated in the mountains of Northern Lebanon. Antoine Tarabay joined the novitiate of the Lebanese Maronite Order at the Monastery of Kfifane, Lebanon in 1983 professing his first vows in 1985 and his perpetual vows as Monk of the Lebanese Maronite Order in 1991. In 1993, he was ordained to the priesthood.

After completing his undergraduate studies in 1993 majoring in Theology at the Holy Spirit University in Kaslik, Lebanon, Bishop Tarabay moved to Italy to complete two Master’s Degrees where he graduated with Honours – Moral Theology (1996) and Bioethics (1998). He also completed a Diploma in Human Rights Studies (1999) at the Institute of Human Rights in the Catholic University of Lyon, France, before returning to Rome to finish his Doctorate Degree. In 1999, Bishop Tarabay was awarded a Doctorate of Moral Theology (Bioethics), from Accademia Alfonsiana – Lateran University.

In 2007, he was appointed Rector of St Charbel’s College, Monastery and Church. He served in this capacity until his appointment as Maronite Bishop of Australia by Pope Francis on the 17th of April 2013 following the retirement of Bishop Ad Abikaram. He was ordained to the Episcopate on the 25th of May 2013 by His Eminence and Beatitude Mar Bechara Boutros Cardinal Rai at the Maronite Patriarchate in Bkerke. Bishop Tarabay was officially installed as the 4th Bishop of the Maronite Diocese of Australia on the 3rd of June 2013 at St Maroun’s Cathedral in Redfern.

Bishop Tarabay has published a book, Bioethics at the Crossroad of Religions, along with several articles and contributions to books and publications about the Maronite Church and Catholic Bioethics.